Local Author (Holden Beach, NC) Dennis Hertzel’s latest novel, “Azalea Bluff,” is a thriller like his first two novels, “Killing the Curse” and “Season of Lies.” But otherwise it’s a major departure. The book’s foundation is a radio drama written by a Charlotte NC radio legend, the late Ed Galloway.

In the book a strange object lands on a football field and a young reporter vanishes without a trace.

Olivia Claven lives in the Carolina beach community of Azalea Bluff. She’s trying to regroup, but a flooding tide of setbacks has dashed her dreams.

The love of her life has died in a mysterious crash. Saddled with debt, she’s back in her parents’ house after losing multiple media jobs. The local news website she started in her hometown could fail at any time, too.

Then she gets a tip that could turn things around. A mysterious object has crashed onto her high school’s football field. The authorities have sealed the area and cut communications, but she knows how to get close without being seen.

She gasps as she views the odd, bell-shaped object that sits on the 50-yard line. Then she vanishes.

As Olivia fights madness in captivity, her father starts a relentless search for answers, stepping into danger as he stumbles upon secrets buried in bizarre UFO stories and the rubble the Nazis left behind in the closing days of World War II.

All of Dennis’ novels are genre-busters, though. The first two blended the worlds of sports and politics to explore the high prices paid to succeed at the highest levels of these very-public enterprises. “Azalea Bluff” is part contemporary thriller and part science-fiction UFO mystery. 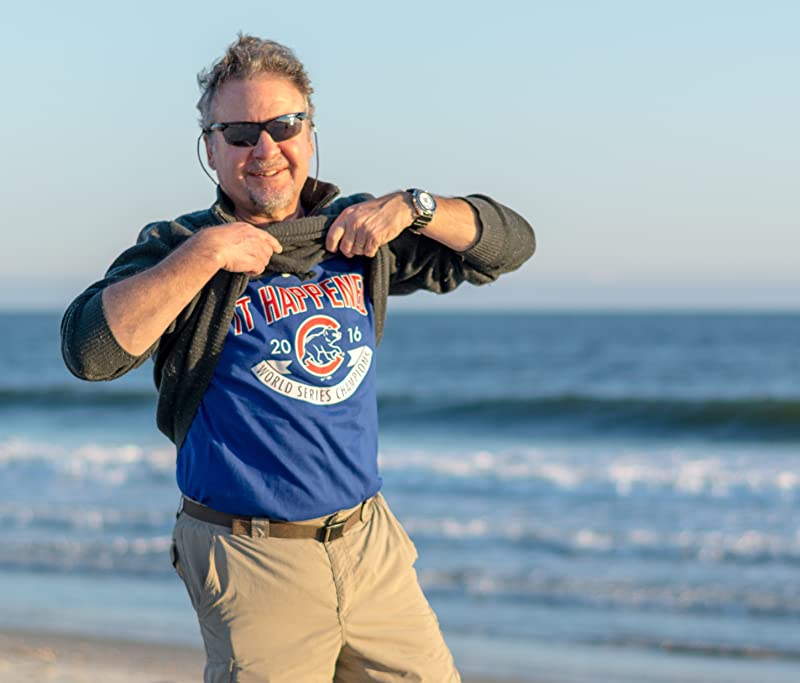 Dennis lives in Holden Beach, North Carolina. His firm, Fresh Angle Communications, provides a variety of writing, editing and government relations consulting services. He welcomes opportunities to do manuscript editing and critiques. You can find his book reviews at “Windy City Reviews” and BookTrib.com.

As a journalist and media executive, Hetzel won numerous awards for writing, industry leadership and community service, including the 2003 Paul Tobenkin Memorial Award from the Columbia University Graduate School of Journalism for leadership in coverage of race and diversity issues. From 2010 through 2019, he was president and executive director of the Ohio News Media Association in Columbus, Ohio, and president of the Ohio Coalition for Open Government.

He began his career as a weekly newspaper sports editor in the Chicago suburbs and has been a reporter, editor, general manager and publisher at newspapers including the Madison, Wis., Capital Times, the Cincinnati Enquirer and the York, Pa., Daily Record, where he was editor and publisher for 13 years. Under his leadership, the York paper won national awards from the Scripps Howard Foundation in public service journalism and a Robert F. Kennedy Journalism Award. He also has taught journalism at Penn State and Temple universities.

Hetzel grew up in the Chicago area and inherited his lifelong affection for and frustration with the Cubs from his late father. He has a degree in political science and a minor in journalism from Western Illinois University, where he met his wife, Cheryl, a school psychologist and guidance counselor.